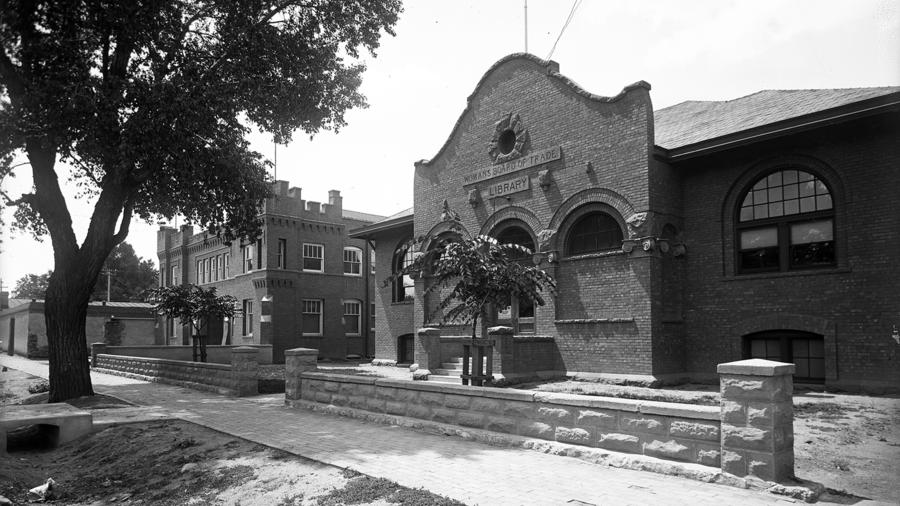 The library building when it was built the Women's Board of Trade Library, ca. 1910. Photo by Jesse Nusbaum, Palace of the Governors Photo Archives # 056603

In addition to its many historic associations, the building contains two noteworthy decorative features.

Inside the stairwell on the east side of the building is a fresco painted by the artist Olive Rush in 1934 for the WPA. Titled “Con Libros no Estas Solo” or “The Library Reaches the People,” the mural shows New Mexico children and adults reading and celebrates the power of literacy and access to books.

Behind the reference desk in the Reading Room on the main level is a tile wall with illustrations by José Cisneros that commemorate events and people in New Mexico’s history.

Besides a reading room the library includes a rare book room, map room, closed stack area, and cold storage shelving for manuscripts. The photo archives contains a similar set of spaces dedicated to protection and use of its collections. Access is by appointment only.