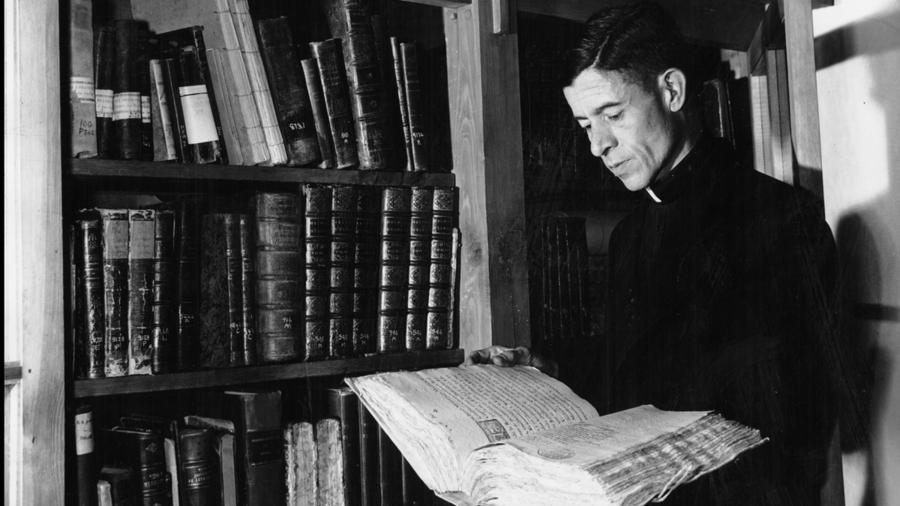 A prominent historian and intellectual, he spent a lifetime researching New Mexico history, writing books, scholarly articles, poetry, and fiction. He was also a self-taught artist and mural painter. Because of his artistic talents in seminary school he took the religious name Angélico, after the early Renaissance painter Fra Angelico.

During WWII and the Korean War, he served as an army chaplain. He later worked as the official archivist at the Archdiocese of Santa Fe, where he translated and cataloged their archives. He is the author of the important historical and genealogical work Origins of New Mexico Families. His personal papers, the Fray Angélico Chávez Collection, are now part of the library collection where he conducted much of his research.

A bronze statue of Chávez by artist Donna Quasthoff stands on Washington Avenue outside the building that currently houses the library and photo archives of the New Mexico History Museum.

To celebrate the 100th anniversary of Chávez’s birth on April 10, 2010, the library sponsored a symposium of distinguished speakers, including historians, writers, and those who knew Chávez personally.