On April 4, 1818, Congress enacted the Flag Act of 1818, setting forth a rule that no new stars could be added to the flag until the Fourth of July immediately following a state’s admission to the union. Thanks to that once-a-year-and-only-once-a-year mandate, New Mexicans hoping to share their pride at becoming the 47th state were essentially forced into committing their first illegal acts as U.S. citizens.

From January 6 through November 25, 2012, the New Mexico History Museum commemorates that dip into the dark side with 47 Stars, an exhibit of the officially unofficial 47-star flag. 47 Stars joins a collection of long-term exhibits and a tongue-in-cheek front-window installation to help celebrate the state’s Centennial.

“Conservation concerns have kept us from bringing our 47-star flags out of collections for public view,” said Dr. Frances Levine, director of the History Museum. “But the Centennial was too good of an opportunity to pass up. By letting visitors see these artifacts in specially designed display cases, we hope they’ll become engaged in the amazing story of New Mexico’s struggle for statehood.”

Upon achieving statehood, patriotic residents hoping for a flag of their own found themselves in a bit of a bind: Just 39 days after New Mexico became a state on January 6, 1912, Arizona stepped up to the statehood plate on February 14, 1912. By virtue of coming in second, Arizona would receive its just due on July 4, when the official flag of the United States was to switch from 46 to 48 stars.

But New Mexicans wanted a flag of their own – one that would flutter from the flagpoles of official buildings and showcase 47 stars, not 46 and certainly not 48. Eager U.S. flag manufacturers were only too happy to help. Thus was born the unofficial 47-star flag.

The 47 Stars installation will nestle within the museum’s core exhibition, Telling New Mexico: Stories from Then and Now. The Photo Archives at the Palace of the Governors/New Mexico History Museum will also reproduce a 1912 photo by Jesse Nusbaum showing a 47-star flag waving from what was then the state Capitol.

Download a high-resolution image of the flag by clicking on "go to related images" below.

In addition, the museum’s Ventana Gallery by the front entrance will be festooned with bunting and the image of parade car celebrating statehood. The car will be presented as a cutout that visitors can pose behind to take Centennial souvenir photos. Visitors can also receive a miniature 47-star flag keepsake.

Telling New Mexico has a long-term section on the struggle for statehood that includes:

·        Audio re-enactments of arguments for and against New Mexico’s entry into the Union, produced by aural historian Jack Loeffler.

·        President Taft’s proclamation of statehood and the pen he used to sign it.

·        The top hat worn by William McDonald to his inauguration as New Mexico’s first governor.

Getting to that inaugural day wasn’t easy. For years, New Mexicans working toward statehood encountered ridicule and prejudice against the state’s majority Hispanic and Native American populations.  Add to that mix a reputation for political corruption and violence – along with the machiantions of Washington politics – and it took a multi-generational struggle to join the Union.

New Mexico drafted its first state constitution in 1850, only to be handed territorial status.  A number of bids for statehood were made and rejected at the national level as continued prejudice hampered progress.  After more than 60 years as a territory, New Mexicans drafted and passed a new bilingual constitution – the only state to have one – and joined the United States as the 47th state on January 6, 1912.

The election for New Mexico’s first statehood governor was heated and dramatic.  The expected winner, Republican Holm O. Bursum, didn’t garner the needed votes, and Democrat William C. McDonald won a surprising and resounding victory.  McDonald received his law degree in New York and was lured to the booming mining town of White Oaks, New Mexico, in 1880.  He served as Lincoln County assessor, territorial legislator and chairman of the Democratic Territorial Central Committee.  He owned the Carrizozo Cattle Ranch Company when he was summoned to Santa Fe for his inauguration on January 14, 1912.  The following day, his inaugural speech proclaimed:

Now, we, the free, independent citizens of New Mexico, have at last come victorious from the battle, waged for full citizenship in a sovereign state, in that union established by their wisdom. As we look into the future, bright hopes of promise appear to some, and dark forebodings may dim the horizon of others. The past is history; the present is the dawn of the future. It is to the future we look and that future will be what we make it. 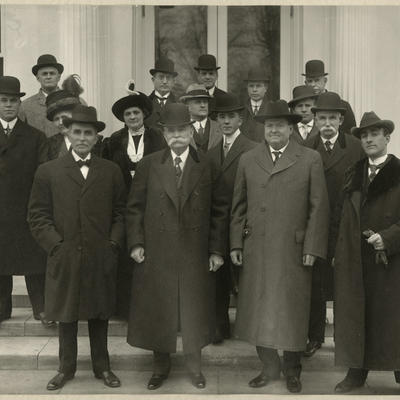 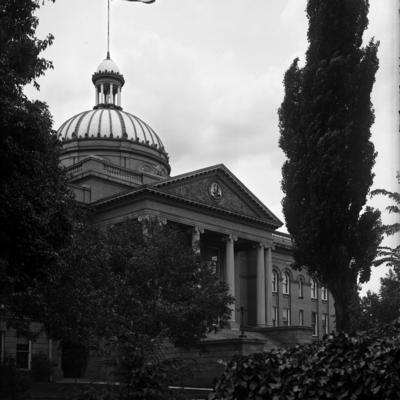 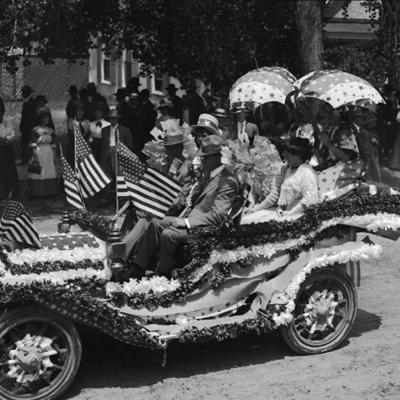 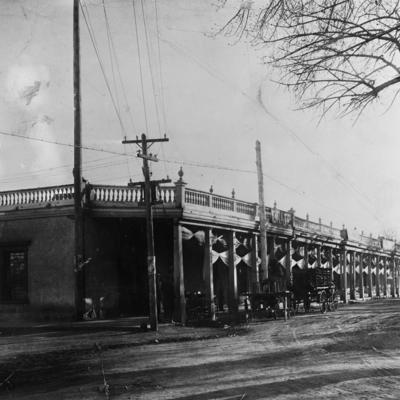 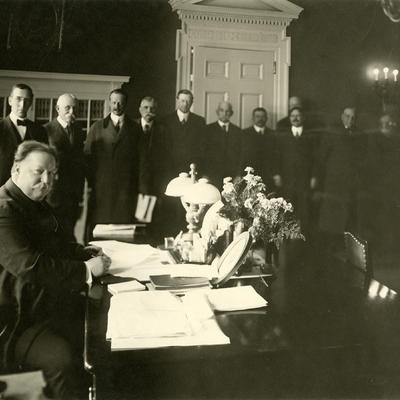 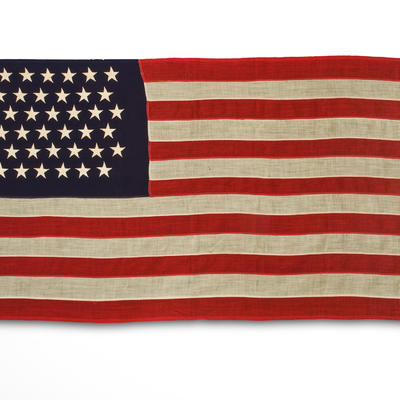