In an age when every cell phone can take a respectable picture, cameras as low-tech as an oatmeal box still beguile a legion of practitioners, both artistic and documentarian. With roots in the ancient discovery of the camera obscura, pinhole photography has enchanted artists from the 1880s through today. Opening April 27 through Jan. 10, 2016, Poetics of Light: Pinhole Photography, in the Herzstein Gallery of the New Mexico History Museum, explores a historical art form that exemplifies thoroughly contemporary ideals: Do-it-yourself handmade technology with a dash of steampunk style.

Nearly 225 photographs and 40 cameras show how a light-tight box pierced by a hole and holding a piece of old-school film can reveal alternate versions of reality. At heart, photography is a method of capturing the way that light plays upon objects, the seen and the unseen—a visual form of poetry that extends beyond a literal representation whenever pinhole cameras are involved.

Need pictures? Click on "Go to related images" at the bottom of this page. Others are available upon request.

Poetics of Light offers a premiere of original prints by photographers from around the world. Drawn from the holdings of the Pinhole Resource Collection, the body of work was amassed by co-curators Eric Renner and Nancy Spencer in San Lorenzo, in New Mexico’s Mimbres Valley. Seeking a permanent repository and impressed by the capabilities of the Photo Archives at the Palace of the Governors, the couple donated the collection—more than 6,000 photographs, 60 cameras and hundreds of books—to the New Mexico History Museum in 2012.

The exhibit’s opening coincides with Worldwide Pinhole Photography Day, a global event in which pinhole aficionados post their of-the-moment images to a website, thus celebrating in a high-tech way their mastery of low-tech photography.

Cameras on display in the exhibit range from machined beauties to reworked everyday objects, including a powder-puff container, a Boraxo can, a Campbell’s soup can and, yes, a Quaker Oats box. One of the most elaborate is a suit and helmet that, in 1994, photographer Ben Conrad covered with 134 cameras. After donning it, he had helpers cover him with a tarp, then remove it for 20- to 30-second exposures, the results of which will be arrayed behind the suit.

Some of the cameras used standard pinprick-sized holes for a “lens.” Others used slits or even body parts. In 1992, Jeff Guess placed film in the back of his mouth, then formed a pinhole with his lips. What the cameras lack is most photographers’ nightmare: No lens, no light meter, no viewfinder, no way of knowing precisely what kind of photo will emerge.

“That randomness appeals to me,” said Photo Archivist Daniel Kosharek, who helped curate the exhibit with Renner and Spencer. “You go out there and expose what you think you’re going to take and when you get the film back it’s like, I took that? There’s a lot of quirkiness inherent in the process that ends up in the pictures.”

Still others explore a fantasy world, such as Larry Bullis’ Daffodil #2, seen above. Such dreamscapes join portraits, landscapes, still lifes, and figure studies in ways that are sometimes whimsical, distorted or even unsettling. In a pinhole photograph, the exhibition asserts, everything we know about the world is suddenly altered, and we have to ask: Whose view of the world has the camera revealed?

The photographs play out in black-and-white as well as color and feature a range of alternative printing techniques, including modern tintypes, silver gelatin prints and more.

In a companion book for the exhibit published by the Museum of New Mexico Press, Renner and Spencer wrote that photographs were selected for the exhibit, in part “to show the mystery inherent in pinhole images, which express reality very differently from imagery made using cameras with lenses. Although describing the mystery of pinhole images is difficult, the concepts of soul, depth, yearning, timelessness, and archetypal feeling all contribute to the kind of visual reality produced, one perhaps only seen in a dreamlike state.”

The exhibit space will include several examples of camera obscuras. Educational materials will be available to teachers, and all visitors can take home instructions for building a pinhole camera or a pinhole viewer. Family activity days and supporting lectures will further celebrate the many ways that pinhole photography interprets—and sometimes inverts—our sense of how we see and what really exists.

You can explore the Photo Archives’ entire Pinhole Resource Collection at this site, which includes tips on making your own camera and directs you to videos, books, blogs and websites with even more information.

Pinhole Resource Inc., a nonprofit organization dedicated to pinhole photography across the globe, was formed in New Mexico in 1984 by Eric Renner. He began working in pinhole photography in 1968, while teaching three-dimensional design for the State University of New York at Alfred. Images from his six-pinhole panoramic camera were shown in the first exhibition of the Visual Studies Workshop Gallery in Rochester, New York. Consequently, one of Renner’s images was included in the Time-Life Series The Art of Photography, 1971. Through exhibitions and workshops, he met pinhole artists throughout the world and worried that their work might become as lost as the thousands of images taken during the Pictorial Movement from the late 1880s to early 1900s.

The Palace of the Governors Photo Archives contains nearly 1 million prints, cased photographs, glass plate negatives, stereographs, photo postcards, lantern slides and more. Almost 20,000 images can be keyword searched on its website. The materials date from approximately 1850 to the present and cover the history and people of New Mexico from some of the most important 19th- and 20th-century photographers of the West—Adolph Bandelier, George C. Bennett, John Candelario, W.H. Cobb, Edward S. Curtis, Charles Lindbergh, Jesse Nusbaum, T. Harmon Parkhurst, Ben Wittick, and many others.

Special programming events for the exhibit

Be among the first to see the stunning images and enjoy a lecture by guest curators Nancy Spencer and Eric Renner, "Passion, Light and Pinhole Photography," at 1 pm in the History Museum auditorium. Reception 2–4 pm, along with a book signing for Poetics of Light: Contemporary Pinhole Photography (Museum of New Mexico Press, 2014). As an extra treat, the Palace Press will release its latest letterpress broadside, Jane Always Dreaded Flying Home, featuring a digitally printed pinhole photo by Gregg Kemp and the poem it inspired by Santa Fe Poet Laureate Jon Davis. April 27 is Worldwide Pinhole Photography Day, and you can watch as images are added to www.pinholeday.com.

Refreshments courtesy of the Women’s Board of the Museum of New Mexico Foundation. Events free with admission; Sundays free to NM residents.

Join Santa Fe Poet Laureate Jon Davis for a writing workshop based on Poetics of Light: Pinhole Photography. Open to high schoolers and older, the session brings participants into the Herzstein Gallery to study pinhole photographs and inhabit them imaginatively. Let language carry you toward and away from the images. Draft poems that engage what’s in front of you—and explore what is only suggested by these often mysterious photographs. Free; make a reservation by calling 505-476-5096.

Pennsylvania-based photographer Scott McMahon speaks about his exploration of pinhole photography, his interest in the ephemeral nature of things, and how building subject-specific cameras helped him link two-dimensional images with sculpture and installation. In the museum auditorium. Free with admission.

Join Santa Fe educator, photographer and camera obscura developer Jackie Mathey for a family workshop on building tabletop camera obscuras that can be used as drawing aids. Explore how light moves and images are formed. Travel in your imagination to the age of the Renaissance where devices like these were used by artists. In the museum classroom. It’s free, but class size is limited; make a reservation by calling 505-476-5087.

California pinhole artist Peggy Ann Jones speaks on how the creative potential of photography expands when the artist designs and constructs the camera. Basic concepts of the photographic process led Jones, an associate professor at MiraCosta College in Oceanside, Calif., to visually comment on principles of photography and traditionally accepted modes of photographic production. Her photos and cameras are included in Poetics of Light: Pinhole Photography. In the museum auditorium. Free.

Los Alamos National Laboratory fellow and astrophysicist Ed Fenimore speaks about his work on a complex pinhole-based camera that flew on a 1991 Space Shuttle experiment. Why pinhole? Some stars and especially black holes generate mostly x-rays, but x-rays reflect and refract poorly. The best imaging technique for such stars is the technologically simplistic pinhole. LANL developed a coded array with 22,805 pinholes to get the task done. In the museum auditorium. Free with admission; Sundays free to NM residents.

Bring an empty coffee can, oatmeal box, potato chip can or shoebox (with lids), and we will provide the rest. Make your own camera obscura. See the world through a pinhole of light. A drop-in, family-friendly event suitable for all ages. In the museum classroom. Free with admission; Sundays free to NM residents. 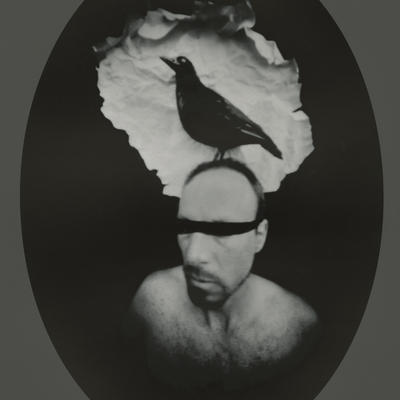 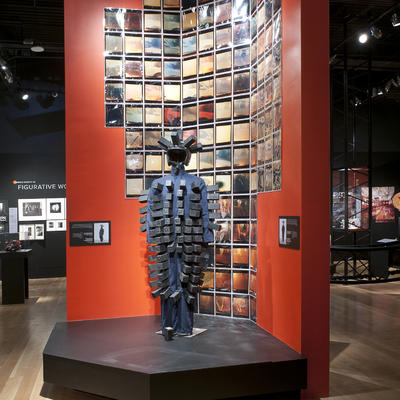 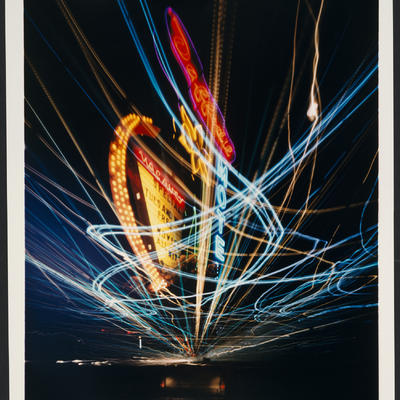 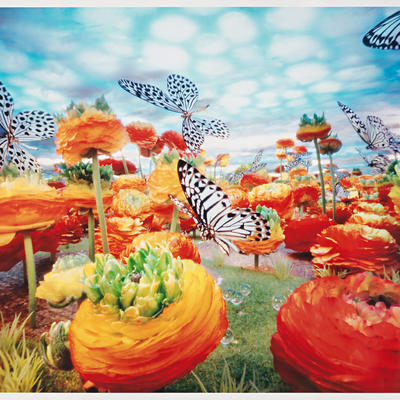 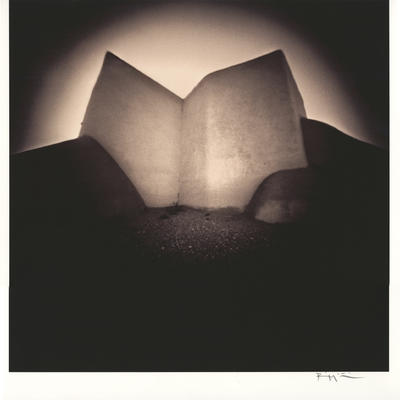 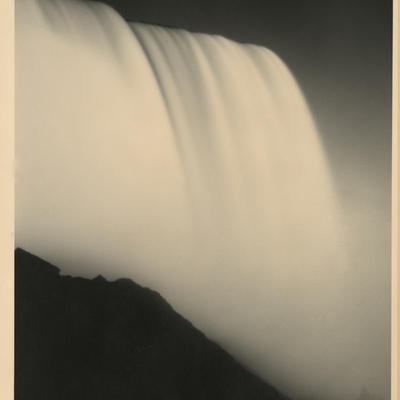 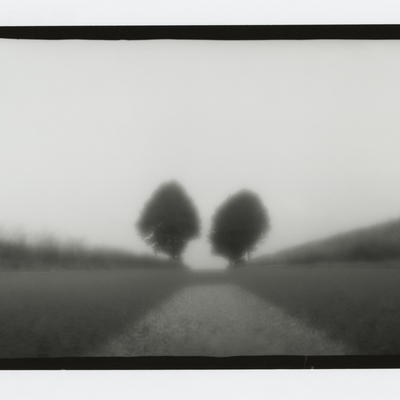 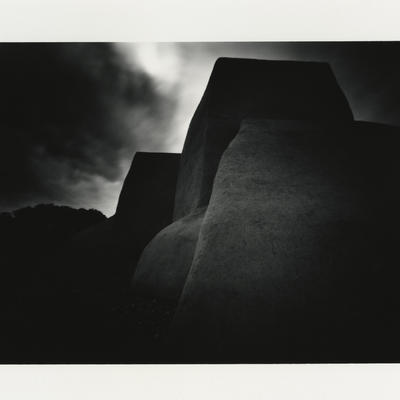