Toys bring out the best in our imaginations. From the cardboard box that becomes a spaceship to store shelves bursting with stuffed animals, board games and dolls, children’s minds rocket them beyond this world into uncharted lands.

Anymore, children can play with endless apps and evolving video games. But toys and games have always been a part of a New Mexico childhood. On the western frontier, toys were homemade or carried over a trail. Materials included clay, carved wood, animal hide, and scraps of fabric. Before manufacturers began catering to kids, 19th-century accounts show they played with pots, pans, trowels, needles and thread—essentially, the tools of adulthood transformed into anything the mind willed. Some games didn’t involve toys at all. Children ran, chased, jumped and tagged using imagined rules and materials adults discarded, like the hoops from wagon wheels.

In the 20th century, mass-produced tin and plastic toys became the norm. Sturdy as they may have been, many toys were simply loved into oblivion. Too many people put the ways of childhood behind, their toys tossed aside and forgotten.

Thankfully, some survived. To celebrate our fifth anniversary, the New Mexico History Museum unpacked memories from childhoods past. Reaching into our collections, we gathered some of the most exquisite pieces in a front-window installation, Toys and Games: A New Mexico Childhood.

The installation includes a selection of late-19th-century metal toys, including a German wind-up bear and a French bicycle rider. Dolls range from an 1870s terra-cotta version to a china doll that once belonged to E. Boyd to Josefina, a 1997 American Girl doll that boasts a New Mexico back story and several drawers worth of accessories.

"So often exhibits look at the world from an adult’s perspective," said Meredith Davidson, curator of 19th- and 20th-century Southwest collections. "This gave us the chance to see the collection from a child’s viewpoint.”

A little one-eyed elephant with a red-stitched saddle quickly captured her heart. “He was missing a button eye but still seemed to be smiling up at us,” she said. An 1883 carte de visite taken in Europe showed a young Amelia Hollenback clutching just such an elephant, and the connection was sealed.

“The elephant, like the Hollenback family, journeyed to the United States a few years later and remained a part of the family until it was donated to our collection,” Davidson said. “The photograph and the elephant, to me, point to the way we document our own history through photographs, through keepsakes, and through memories.”

Toys and Games: A New Mexico Childhood is on exhibit through Feb. 1, 2015. Children are invited to take drawings of some of the toys to color at home. Everyone is invited to contribute pictures of themselves as children with their favorite toy. 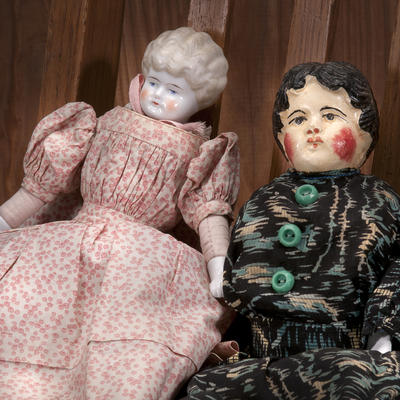 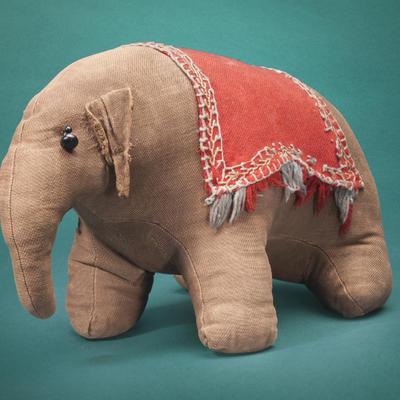 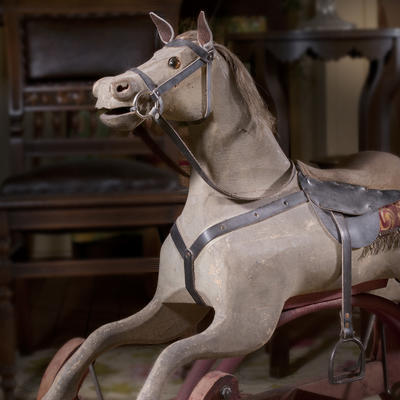 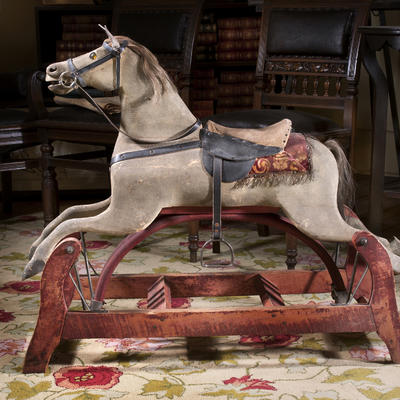 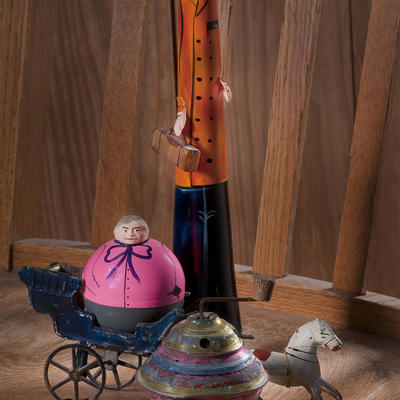 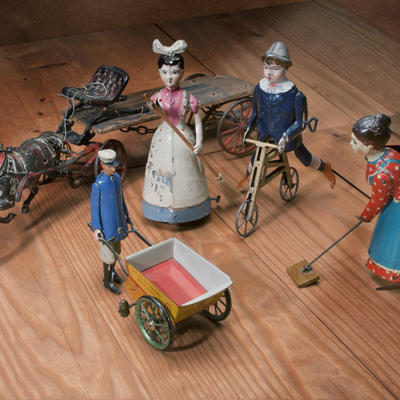 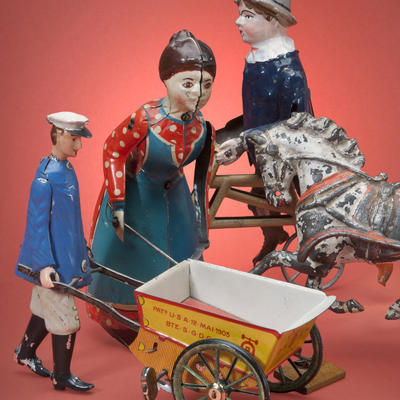 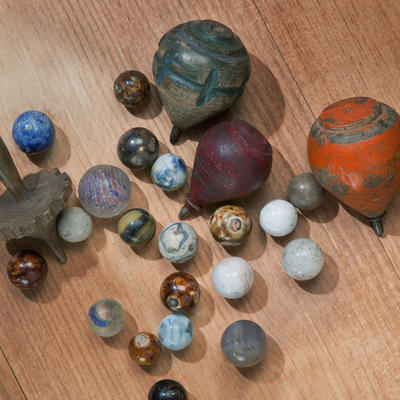