A photographic and sound collage

One of the staples of desert life is the presence—or scarcity—of water. Its importance can be seen across eastern New Mexico, where the Pecos River strives to quench a fragile, 926-mile riparian environment. Along the Pecos, a collage of photographs and sounds, opens June 19, 2015 on the second floor of the New Mexico History Museum. Developed by photographer Jennifer Schlesinger and the late composer Steven M. Miller, the materials were recently donated to the Palace of the Governors Photo Archives, whose Photo Legacy Project collects the work of contemporary photographers.

Schlesinger’s black-and-white gelatin silver prints focus randomly on close-up views of the river and its banks. Presented as single images, but also as diptychs and quadtychs, they impart a sense of long grasses blowing in a breeze, water rippling and a tree’s textured bark. Miller’s sound recordings highlight birds, planes, automobiles, wind, insects, and the flow of the river itself. Together, they invite the viewer to change how they look at a river and reimagine the water’s ever-changing effect on the surrounding landscape.

“I wanted to show this exhibit because it dealt with water and, especially in New Mexico, where we’re dealing with drought and the new construction of subdivisions, water is becoming an issue,” said Daniel Kosharek, the museum’s photo curator. “It’s a prudent thing for us to collect anything that has to do with water. The idea with this exhibit is to hear ambient noise while viewing the pieces. It’s designed to be an immersive display in a nice, quiet corridor. If the History Museum’s mandate is to inform people, then water has been on the radar since day one. From an aesthetic standpoint, this exhibit offers a quiet environment where people can come and relax, to sit and reflect for a minute.”

Need photos? Click on "Go to related images," below.

Miller and Schlesinger’s collaboration began with his sound recordings along the river, from its headwater through the southeast corner of the state. Miller, an internationally regarded composer who once taught at the Santa Fe University of Art and Design, approached Schlesinger with the idea of photographs to accompany his work. The Santa Fe artist and curator then began shooting in various locations along the river.

“When Steven came to me to capture the visceral experience, my response was to come up with a way to capture the river and its surrounding environment in a way that was meditative and give viewers a way to experience the Pecos,” Schlesinger said.

The river flows approximately 926 miles through public and private lands, designated wilderness, and urban space, and is both a recreational and agricultural resource to those living in the eastern portion of New Mexico and parts of west Texas. 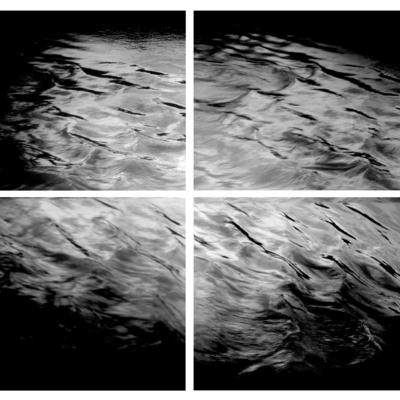 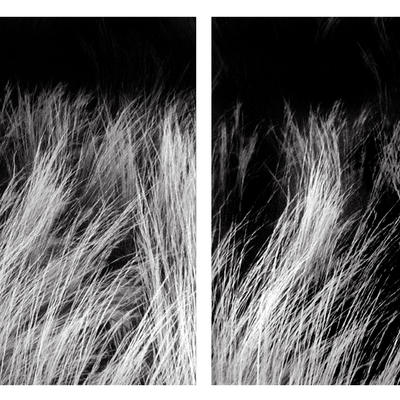 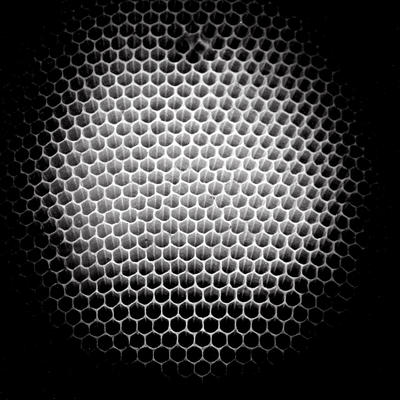 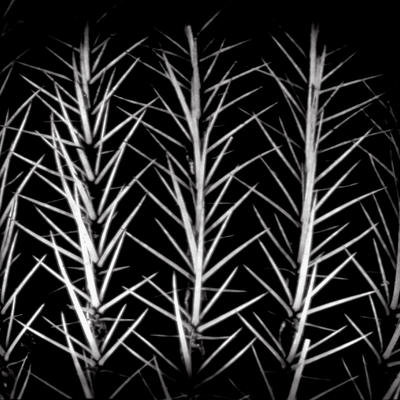