Home Lands: How Women Made the West

The storybook history of the American West is a male-dominated narrative of drifters, dreamers, hucksters, and heroes—a tale that relegates women, assuming they appear at all, to the distant background. Home Lands: How Women Made the West upends this view to remember the West as a place of homes and habitations brought into being by the women who lived there.

The Autry National Center organized Home Lands, a major exhibition that ventures beyond popular perceptions of the West as an empty wilderness where men struggled against nature to transform the land to offer a rich and real portrait of the West that is in large part unfamiliar. This dynamic re-thinking of the history of the West challenges stereotypes of women’s roles through the stories of the Native American women who first made their homes in the region as well as the women, from many different cultures, who have migrated to the West for hundreds of years.

For a selection of high-resolution, downloadable photographs from the exhibit, click on "Go to related images," below.

(For more on the Autry National Center, log onto http://theautry.org/.)

Home Lands is joined by three other exhibitions exploring the unsung heroes of the West:

Ranch Women of New Mexico, April 15-Oct. 30 in the Mezzanine Gallery, highlights 11 women in this excerpt from an exhibit originally prepared by photographer Ann Bromberg and writer Sharon Niederman.

New Mexico’s African American Legacy: Visible, Vital and Valuable, May 15-Oct. 9 in the second-floor Gathering Space, tells the stories of the families who planted their roots and created a home in the Land of Enchantment following the Civil War.

Heart of the Home, May 27-Nov. 20 in La Ventana Gallery, spotlights historic kitchen items from the History Museum’s collections.

Co-curated by Carolyn Brucken, associate curator of women’s history at the Autry, and Virginia Scharff, Women of the West chair, Institute for the Study of the American West at the Autry, Home Lands focuses on three regions: northern New Mexico, the Colorado Front Range, and Puget Sound, Washington. Exploring a specific theme for each place—earth for Northern New Mexico; transportation for the Colorado Front Range; and water for Puget Sound— the exhibition highlights the West’s remarkable cultural diversity; the role of the environment in women’s lives; and the ways in which women responded to and inevitably shaped their environs.

Home Lands challenges stereotypes of the Western woman, such as the pioneer wife and the cowgirl, with stories of such women as Dr. Justina Ford, the first African American woman doctor in Colorado; noted educator, home economist and author Fabiola Cabeza de Baca of New Mexico; and Bertha Knight Landes, mayor of Seattle from 1926 to 1928 and the first female mayor of a major American city.

The exhibition illustrates their extraordinary stories and many more with nearly 200 objects spanning more than 1,200 years. From a Mogollon metate (grinding stone), circa A.D. 750-1150, to a 20th century station wagon— textiles and historic clothing from the 18th through the 20th centuries; ancient and modern pottery; paintings, photography, and sculpture by historic and contemporary women artists; books, photographs, and other ephemera will be featured throughout the exhibition. More than two-thirds of the exhibition is drawn from the Autry’s collections.

“The history of the American West is often a male-dominated story. By examining the ways in which women encountered and transformed three different archetypal Western landscapes, Home Lands explores not just what women have done, but why it matters for the West—past present, and future,” said the exhibition curators, Brucken and Scharff. “We believe that seeing women in history makes history look different.”

Home Lands examines the regions of Northern New Mexico, the Colorado Front Range, and Puget Sound, exploring women’s homes, habitats and environs over centuries and within many different cultures and communities.

In the Rio Arriba (the name the Spanish gave to northern New Mexico), women have inhabited and utilized the land for at least 10,000 years and have a long history as builders, creators and owners of homes. This section of the exhibition highlights women’s use of earth—as manifested in pottery, adobe building traditions, real estate, and art—to see how women from different cultural backgrounds drew distinct sources of inspiration from the land. The flow of people and trade in the region lead women to create new, hybrid traditions, such as a Navajo banded blanket from the mid-1800s. Known as a “slave blanket,” Navajo women living as captives in Hispanic homes first created this style of blanket, combining Spanish materials and dyes with Navajo looms and weaving techniques.

Other objects ranging from an ancient cooking pot, more than 1,000 years old, to a painting by Georgia O’Keeffe highlight the long history of women who have made homes in this distinct region. This section of Home Lands also includes pottery by famed Pueblo potter Maria Martinez (1881-1980).

The Colorado Front Range section of the exhibition considers how people on the move—from the 18th century Cheyenne to the 20th suburban American family—make homes, with a focus on powerful methods of transportation such as the horse, railroad, and automobile.

The horse propelled Native women onto the Great Plains and into a nomadic way of life. A beautifully painted, late 19th century Cheyenne parfleche—an “envelope” made of rawhide and used as a suitcase for supplies when moving camp—is an example of objects Cheyenne women of the time created for their own use.

When Denver created its original streetcar system, in the 19th century, one of the first lines went into an area called Five Points, an ethnically diverse neighborhood that quickly grew dense and bustling with businesses and residences along the tracks. By the 20th century, women drivers have become the new icons of mobility and settlement in the West. On display in the exhibition, a dissected 1960s station wagon highlights the importance of the automobile as a means for the modern American woman to independently navigate this new landscape.

Finally, the Puget Sound section looks at how women throughout the Pacific Northwest have worked with water, using it to transform their homes and communities. From Coastal Salish fishing practices to women working in the salmon canneries in the 19th and 20th centuries to the construction of the Gorge Dam (1921) and the creation of utility systems that brought power and water into Seattle homes, this section of the exhibition will show how women’s lives in the Puget Sound area have long been inextricably connected with water.

The power of waterscapes may be seen in native baskets for digging clams, displayed alongside painted paddle by contemporary artist Susan Point, or a 1924 silk Kimono depicting a traditional Japanese mountain and waterscape juxtaposed with contemporary artist Aki Sogabe’s portrayal of Washington’s Mt. Rainier in one of the original papercut studies for her Pike Place Market mural (1999).

In April 2010, to coincide with the opening of the exhibition, the University of California Press published a 192-page fully illustrated book also titled Home Lands: How Women Made the West, authored by the exhibition’s curators, Brucken and Scharff.

Home Lands is generously supported by Cam and Peter Starret, Ernst & Young, Eastman Kodak Company, the National Endowment for the Humanities, Unified Grocers, Wells Fargo, KCET, and the Friends of the Autry.

Sunday, June 12, 2-4 pm: Symposium on “The Journey of the African American North,” including stories from Santa Fe and Española.

Saturday, Sept. 25, 2-4 pm: Symposium on “Entrepreneurship in the African American Community,” from barbers to caterers, mechanics to artists. 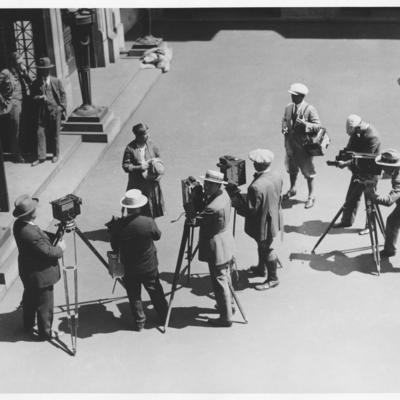 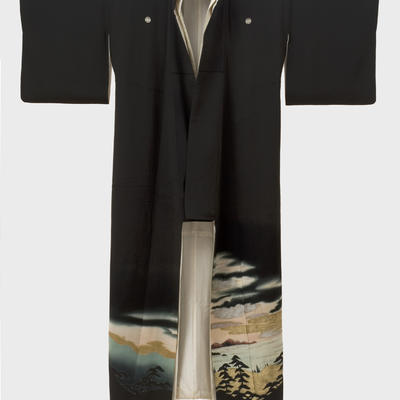 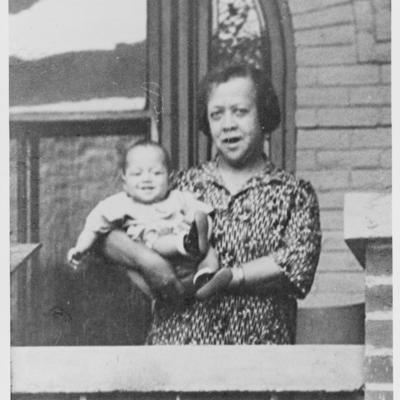 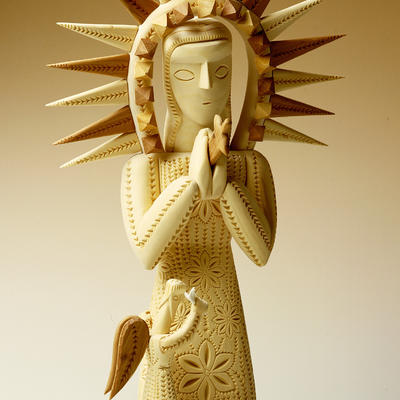 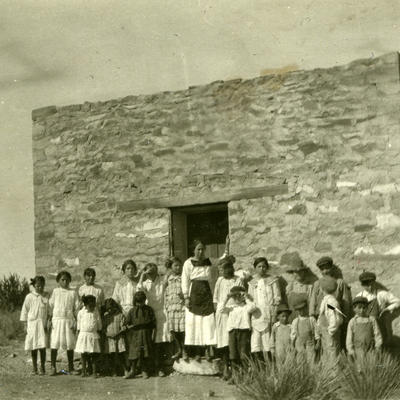 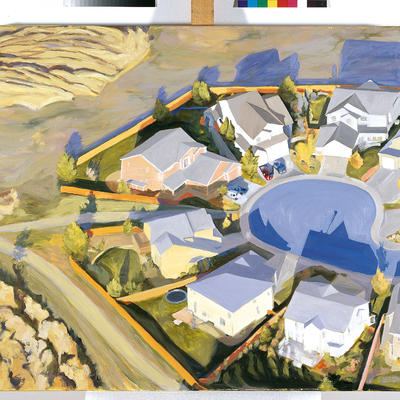 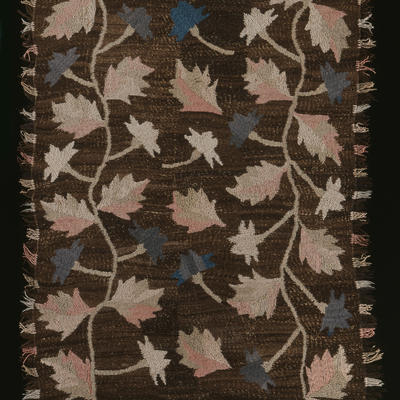 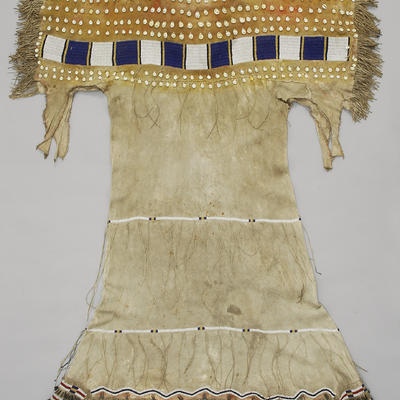