An epic work of art

In 1450, Johannes Gutenberg’s invention of movable type revolutionized the way the world shared information. Its leap into what was then the cutting edge of technology sounded a death knell for a form of the book still cherished today: the handwritten, illuminated Bible.

Some 550 years later, the senior scribe to Her Majesty Queen Elizabeth’s Crown Office at the House of Lords approached the Benedictine monks of Saint John’s Abbey and University in Collegeville, Minn., with a proposal.

Since childhood, Donald Jackson had dreamed of creating a handwritten and illuminated Bible in the pre-Gutenberg style. In the early 1990s, while attending a retreat at New Mexico’s Ghost Ranch, he sketched out a concept piece, Christ in the Desert, expanding on that dream. After showing it to the monks in 1995, he received the go-ahead to create what is now known as The Saint John’s Bible – an entire handwritten Bible with illumination, calligraphy, the finest materials, and the staying power of 2,000 years.

In 2000, Jackson and a crew of artists and calligraphers began the first of 1,150 vellum pages. This fall, the project achieved completion, when Jackson wrote the word "Amen" on the final page of the Book of Revelation. Before being bound into volumes and placed on permanent exhibition at Saint John’s Abbey, 44 pages from two of its seven volumes – Prophets and Wisdom Books – will be exhibited at the New Mexico History Museum.

Download high-resolution images from the exhibition by clicking on "Go to related images" at the bottom of this page.

Illuminating the Word: The Saint John’s Bible will be on display in the museum’s second-floor Albert and Ethel Herzstein Gallery from Oct. 23 through December 30, 2012.  The exhibit shares its space and spirit with Contemplative Landscape, an array of black-and-white photographs celebrating the ties between landscape, art, architecture and sacred rituals in the Land of Enchantment.

Also part of the exhibitions:

A page from the 550-year-old Gutenberg Bible.Early editions of the King James Bible, this year celebrating its 400th anniversary.

An evening with Donald Jackson, artistic director of The Saint John’s Bible and senior scribe to Her Majesty Queen Elizabeth’s Crown Office at the House of Lords.

“I consider this to be the artistic equivalent of the Apollo moon mission,” said Tom Leech, curator of the Palace Press. ”The Saint John’s Bible sets a standard of excellence that will never again be approached in our lifetimes. Combined with Contemplative Landscape, it offers visitors an opportunity to witness a historic burst of creativity and craftsmanship, and to reflect on their own spirituality, whatever form that may take.”

Prophets, completed in April 2005, includes 232 pages and 20 illuminations from the books of Isaiah, Jeremiah, Ezekiel, Daniel, Amos and Zechariah. Illuminated pages in the History Museum’s exhibition will include Vision of Isaiah, Messianic Predictions, Suffering Servant, Vision at Chebar, Valley of the Dry Bones, Vision of the New Temple, Vision of the Son of Man, Demands of Social Justice, and Rejoice.

Wisdom Books, completed in July 2006, includes 136 pages and 24 illuminations from the books of Job, Proverbs, Ecclesiastes, Song of Solomon, and Sirach. Illuminated pages in the History Museum’s exhibition will include the Job Frontispiece, Wisdom Woman, Garden of Desire, Seven Pillars of Wisdom, and Creation, Covenant, Shekinah, Kingdom.

In commissioning the project, the monks of Saint John’s revived a medieval tradition in which monasteries preserved knowledge and culture for the sake of the greater community. The Saint John’s Bible represents their commitment to the study of scripture and to educational, artistic and spiritual pursuits.

Crafted with turkey, goose and swan quills, century-old handmade inks, hand-ground pigments, and gold and silver leaf gild on calfskin vellum, The Saint John’s Bible will collectively weigh over 350 pounds and measure roughly 2’ tall by 3’ wide when open. Guided by a combination of artistic skill and cutting-edge computer-assisted layouts, the project takes its place among the milestones of sacred literature.

“I hope some of the emotion that we have collectively managed to put into the Bible will touch the hearts and emotions of those people who look at what we put onto the pages,” said Jackson, whose Ghost Ranch-era painting will be shown for the first time in this exhibit.

Visitors will find themselves drawn into reading the words of the text rather than skimming past them. Observant readers will note a variety of details: The illuminated letters starting each chapter are individually unique – a goal that proved a challenge when devising decorative T’s, given how often the word “the” begins a sentence in the English language. Artistic and clever techniques were also employed by the scribes and artists to deal with “errata” – those perfectly human mistakes that crop up in even the most divine texts. In addition, each of those scribes had to learn a calligraphic script specially designed by Jackson for the project.

Along with members of the monastic community of Saint John’s Abbey, Episcopalian, Protestant and Jewish advisers helped form the vision of The Saint John’s Bible, which blends scientific advancements and anthropological understandings with the traditional text of the New Revised Standard Version of the Bible. Contemporary aspects include its reflections of science, technology and space; its multicultural and interreligious imagery; and its depiction of women. Advanced technologies have also been used to create a digital template of the Bible.

“It’s the one thing we’ll probably be remembered for 500 years from now,” said Eric Hollas OSB, a monk of Saint John’ Abbey and associate director of arts and culture at Saint John’s University. “The buildings will go. Most of the buildings that all of us see today are going to be gone 500 years from now. And oddly enough, this one piece of human artistic achievement will probably still be here.”

Illuminating the Word: The Saint John’s Bible and Contemplative Landscape are generously supported by the New Mexico Humanities Council, the Scanlon Family Foundation, and the Museum of New Mexico Foundation.

Lectures, workshops and performances for Illuminating the Word: The Saint John’s Bible and Contemplative Landscape will be held in the History Museum Auditorium and are free with admission unless otherwise noted. The schedule:

Sunday, October 23, 2011, 2-4 pm: Opening reception in the museum’s second-floor Gathering Space. At 2 pm, join photographer Tony O’Brien and writer Christopher Merrill (Light in the Desert: Photographs from the Monastery of Christ in the Desert, MNM Press, 2011) for a lecture and book signing in the auditorium.

Sunday, December 4, 2011, 2 pm: Sacred choral music by Schola Cantorum of Santa Fe and the monks of Christ in the Desert Monastery.

NEW EVENT: Sunday, March 11, 2012, 2 pm: Schola Cantorum of Santa Fe and the monks of Christ in the Desert Monastery perform in the History Museum Lobby.

Sunday, November 4, 2012, 2 pm: Red as a Lotus: Letters to a Dead Trappist, poetry reading by Lisa Gill; and Compassion Rising, a film about Thomas Merton and the Dalai Lama.

Sunday, December 2, 2012, 2 pm: Sacred choral music by Schola Cantorum of Santa Fe and the monks of Christ in the Desert Monastery. 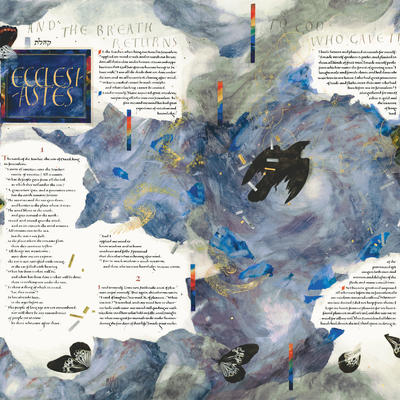 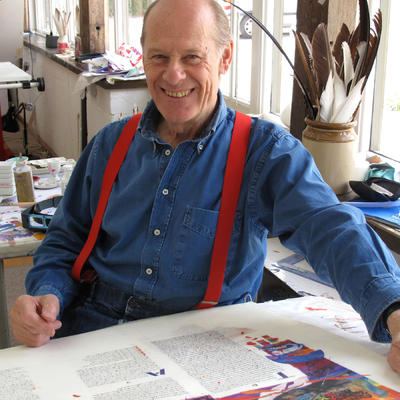 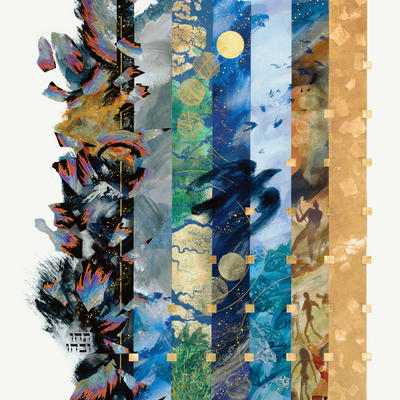 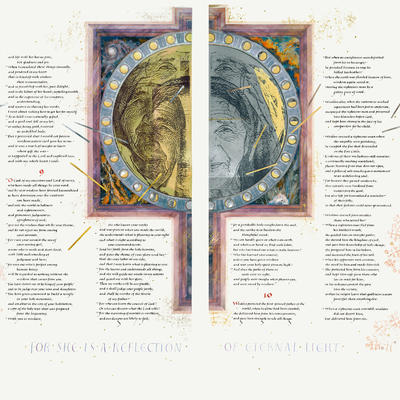 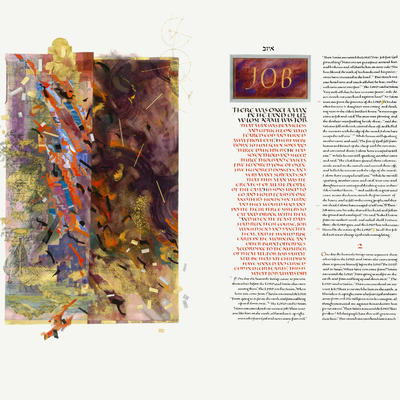 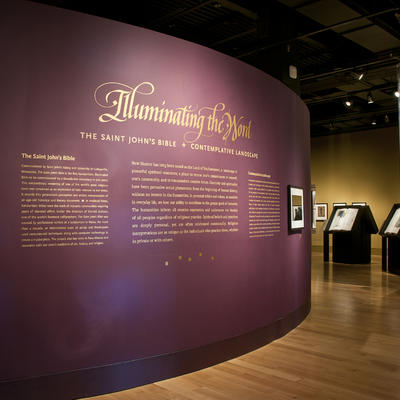 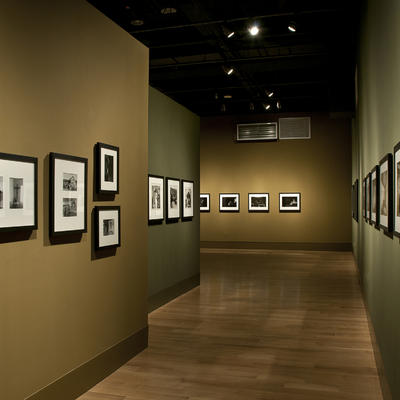 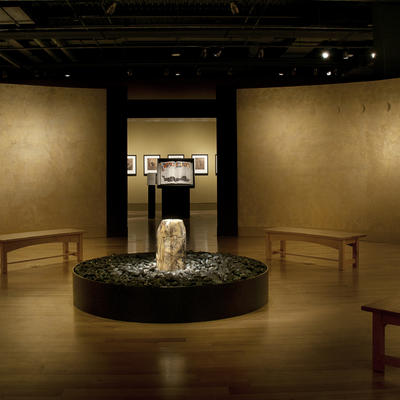