The Threads of Memory: Spain and the United States

The New Mexico History Museum and Department of Cultural Affairs proudly announce that El Archivo General de Indias (the General Archive of the Indies) in Seville, Spain, has chosen Santa Fe for the American debut of El Hilo de la Memoria  (“The Threads of Memory”) an exhibit of rare documents, illustrations and maps detailing Spain’s early presence in North America.

The exhibit – nearly 140 documents spanning Ponce de León’s first contact in Florida through New Mexico’s incorporation as a U.S. Territory – will premiere in the museum’s Albert and Ethel Herzstein Gallery from Oct. 17, 2010, to Jan. 9, 2011, before traveling to the El Paso Museum of History and the Historic New Orleans Collection.

The exhibition is sponsored by the Fundación Rafael del Pino and, along with the Archivo General de Indias (General Archive of the Indies), is co-organized with the State Corporation for the Spanish Cultural Action Abroad (Sociedad Estatal para la Acción Cultural Exterior, or SEACEX), in collaboration with Spain’s Ministries for Foreign Affairs and Cooperation and Culture.

A full set of lectures and performances accompanies the exhibit. See schedule below.

“As Santa Fe celebrates its 400th anniversary this year, this exhibit underscores a part of American history too often overlooked in our classrooms,” said Dr. Frances Levine, director of the New Mexico History Museum. “Before Jamestown was settled and long before Western Expansion defined us, Spanish explorers began documenting and colonizing the nation. They gave Europeans some of their first glimpses of a far-away land and planted the seeds of a culture that flourishes today.”

“It is fitting that this singular and historically significant exhibition from Spain debut in New Mexico’s high-profile new state History Museum,” said Department of Cultural Affairs Secretary Stuart Ashman.  “What better place to further understand Spain’s impact in North America than in the shadow of the venerable Palace of the Governors, where much of Spain’s influence in our nation began.”

Most of the documents have never been seen in North America. Their journey to Santa Fe began when Tom Aageson, director of the Museum of New Mexico Foundation, was visiting museums in Spain in 2008 as a guest of the Spanish Embassy. After seeing El Hilo, he urged Dr. Levine to see it, too. Equally impressed, she and Secretary Ashman joined Aageson in conversations with Spanish officials, who were considering which U.S. museums to display the exhibit and liked the idea of staging it during Santa Fe’s 400th anniversary celebration.

“This is truly a national story,” Aageson said. “The University of New Mexico’s library only has copies of these documents, and a retired librarian told me she could not believe they were releasing the originals from Spain.”

James T. Ortiz, a trustee of the foundation and a direct descendant of Beatriz Ortiz, who came to Spain’s far northern colony from Mexico City in 1598, said the exhibit holds special meaning for his family.

“Over our 14 generations, few family members had the chance to return to Old Spain or were even aware that such a collection existed,” he said. “To be able to spend time with so much of our ancestors’ history is a once-in-a-lifetime opportunity. Of all the recorded history in all of the world and in all of the museums, archives and national vaults, none has the significance for my family as this singular exhibition.”

The exhibit, which will be presented in Spanish and English and includes a newly published catalogue, features such documents as Pedro de Peralta’s orders to establish Santa Fe, a letter signed by Francisco Vázquez de Coronado detailing his travels through the Tiguex province, and documents that detail the aid given by Spain to the United States during the Revolutionary. A small illustration of a buffalo, drawn in 1598 by Vicente Zaldivar, introduced Europeans to an animal whose herds then covered hundreds of miles.

Also accompanying the exhibit is a full schedule of lectures and performances. Events in The Threads of Memory Lecture Series are free with museum admission. (Fridays 5-8 pm free to everyone; Sundays free to NM residents; children 16 and under always free.) The events will be held in the museum auditorium, unless otherwise noted. The schedule:

6 pm: Tomás Lozano and ¡Viva la Pepa! in concert. Lozano is a singer, musician, scholar and writer, born in Barcelona. With his wife, Rima Montoya, and Juan Wijngaard and Sharon Berman, he performs as part of ¡Viva la Pepa!

2 pm: “Following the Paper Trail: The Daily Life of a Spanish Colonial Document,” lecture by Dr. Alfred E. Lemmon, an authority on French and Spanish colonial history. Lemmon is director of the Williams Research Center at the Historic New Orleans Collection and is its curator of manuscripts.

2 pm: “Finding New Mexico in El Hilo de la Memoria,” lecture by Jerry L. Gurule and Enrique Lamadrid. Gurule, retired historian-linguist for the National Park Service, has conducted research in various archives in Spain and Mexico, including the Archivo General de Indias in Sevilla. His publications include articles, books and other works on Spanish colonial history. Lamadrid is a literary folklorist and cultural historian known for his work on Indo-Hispano cultural traditions, ballads, folk music, and literary recovery projects.

2 pm: “Por el Amor de Papel: For the Love of Paper,” a demonstration by Tom Leech, curator and director of the Palace of the Governors’ Print Shop and Bindery. Leech has more than 35 years experience in printing, papermaking and related book arts; he demonstrated paper marbling at the 2002 Smithsonian Folklife Festival. (This event begins in the exhibit space and moves to the classroom.)

6 pm: “Scientists in New Spain: Eighteenth-Century Expeditions,” lecture by Dr. Iris Engstrand, a California-based historian recently awarded the prestigious medal of the Order of Isabel la Católica by King Juan Carlos of Spain for her contributions to the history of Spain in the Americas.

2 pm: “Murder, Martyrdom, and the Struggle for La Florida: Rethinking Spanish Florida’s Mission History, 1565-1606,” lecture by Dr. J. Michael Francis, a history professor at the University of North Florida and the Jay I. Kislak scholar at the Library of Congress, where he will be scholar-in-residence for the 2010-2011 academic year.

2 pm: “Navio Quebrado: The Wreck of La Belle and the Failed French Colony in the Southwest,” lecture by Eric Ray, a maritime archaeologist working on the La Belle project at the Corpus Christi Museum of Science and History.

2 pm: “Instrumental Music from the Age of Discovery,” performance by composer, guitarist and educator Greg Schneider, teaching artist and former artist-in-residence with the Santa Fe Opera. 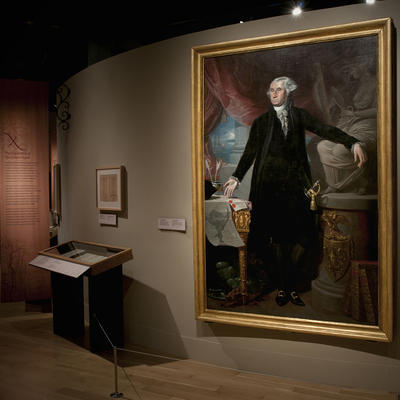 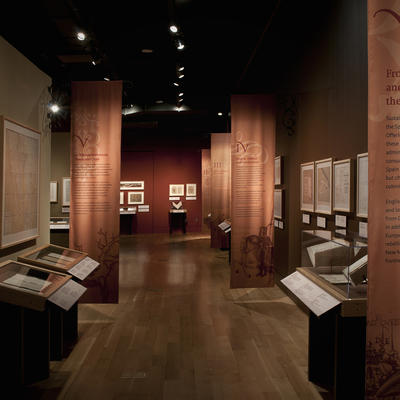 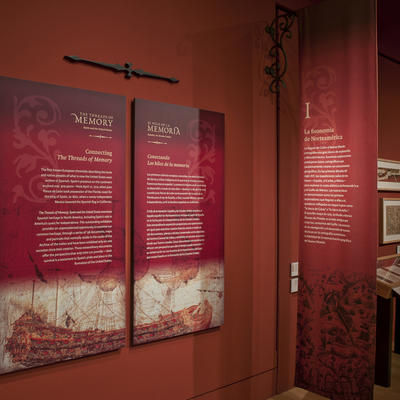 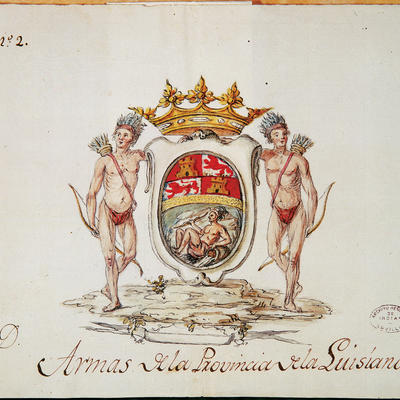 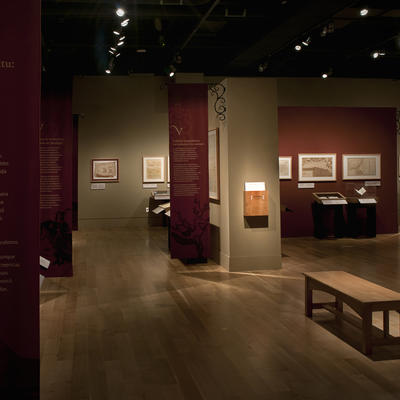 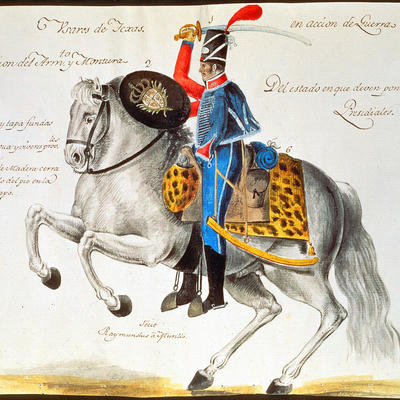 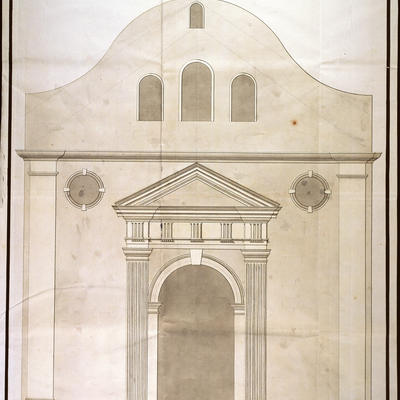 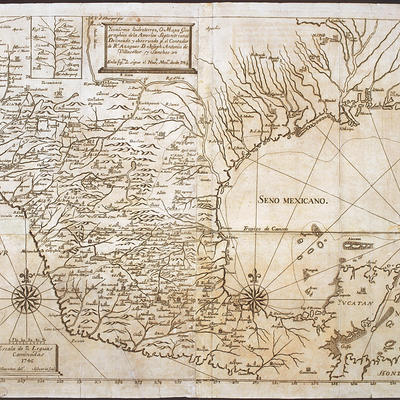