A Passionate Light: The Polaroids of H. Joe Waldrum

A rush to catch a plane and the convenience of a Safeway grocery store led to noted New Mexico artist H. Joe Waldrum’s long-term love affair with SX-70 Polaroid monoprints, images that Waldrum referred to as “little jewels.” The late artist’s collection of nearly 8,000 images was recently donated to the Palace of the Governors Photo Archives. A selection of them will be displayed in a joint exhibition at the New Mexico History Museum and The Albuquerque Museum of Art and History, Jan. 30-April 10.

A Passionate Light: Polaroids by H. Joe Waldrum features a total of 1,202 4½” x 3¼” images between the two museums (264 at the New Mexico History Museum; 938 at The Albuquerque Museum of Art and History). The images range from Waldrum’s study of the sturdy adobe and angular shapes of northern New Mexico churches to the delicate transiency of flowers.

Known primarily as a painter and print-maker, Waldrum began working with the Polaroid when he was completing his annual summer painting trip to Taos. Set to return to New York the next day, he knew he didn’t have time to sketch San Jose de Gracia Church in Las Trampas – drawings he would need to guide him on a future painting. Lacking even a camera to take some stills, he sped to a nearby Safeway and bought a Polaroid One-Step and four boxes of film. He managed to barely beat the setting sun in exposing all the film, which developed on the car seat next to him as he drove home to finish packing.

Upon returning to his New York studio, he pulled out his hurriedly snapped images and realized they captured more than shapes and colors; they documented his thinking and looking process.

From the late 1970s until his death in 2003, Waldrum faithfully carried the camera with him and captured images ranging from the spontaneously casual to the carefully composed. Nicholas Chiarella, imaging specialist for the Photo Archives, scanned the images into digital form, realizing along the way, he said, that they “deftly assert the potential …to function dually as historic documents and artistic objects.”

Born in Texas in 1934, Waldrum lived and made art in New Mexico from 1971 until his 2003 death in Truth or Consequences. His collection of SX-70 monoprints was given to the Archives by the Waldrum Estate and Rio Bravo Fine Art in Truth or Consequences. Among Polaroid aficionados, the SX-70 holds special appeal for the stability of its prints. Waldrum’s monoprints, some of them more than 40 years old, are in nearly mint condition with true colors.

The artist himself considered the images an important body of art, not mere documentation for his paintings. When anyone questioned their artistic merit, Waldrum bristled.

“One gallery said to me, `Joe, anyone can point a Polaroid camera and push a button,’” Waldrum once wrote. “I will agree with him, if he will agree with me that anyone with a scalpel can cut out your appendix.”

Beyond using adobe churches as subject matter for his artwork, Waldrum became a dedicated activist working with communities to raise funds for conservation of their churches. He made videos, gave lectures, established El Valle Foundation to raise restoration funds, hosted exhibitions and spoke often about the importance of the churches not just as spiritual centers but as a means for maintaining the indigenous history and culture of Spanish New Mexico.

Mary Anne Redding, curator of photography for the New Mexico History Museum/Palace of the Governors, has put together the dual exhibition, which is accompanied by a lecture series shared by the two venues.

1-3 pm: Bring, scan and share your personal Polaroids on the instant online archive.

Friday, March 18, 6 pm (at the New Mexico History Museum) and Sunday, March 20, 1 pm (at The Albuquerque Museum): “Insisting on the Impossible: The Life of Edwin Land,” lecture by Dr. Victor McElheny of MIT, a noted science writer.

For downloadable, high-resolution samples of Waldrum’s work, click on "Go to related images" at the bottom of this page.

The majority of Waldrum’s work consists of New Mexico’s adobe churches, but also includes an extensive series of flowers. By altering the color behind the flowers, Waldrum found he could change the colors of the petal by the reflected light. Also included are Polaroids of architectural details, places and things the artists found compelling – his beloved mules, horses, dogs and cats, fruits and vegetables, and portraits of his family, friends, and lovers, as well as a small series of self-portraits.

In his own words:

There is a beautiful place in the United States of America. It is in northern New Mexico between two mountain ranges. This place is called ’The Cradle.’ The people of this area have focused their collective thought on their churches. As an artist it is my job to distill that focus until it communicates. However, my paintings of the Churches of northern New Mexico have nothing to do with my religious convictions. The churches were there, they made wonderful shadows, and they represent the collective aspirations of a devout and wonderful group of people. – H. Joe Waldrum (1934 – 2003) 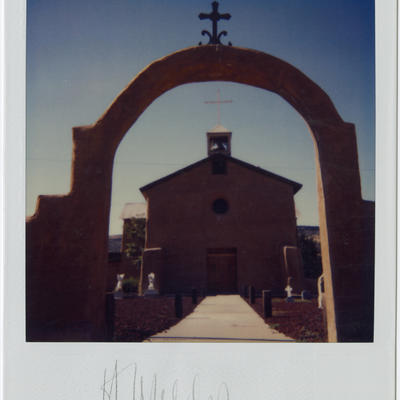 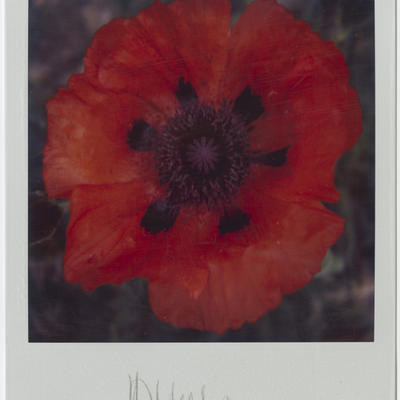 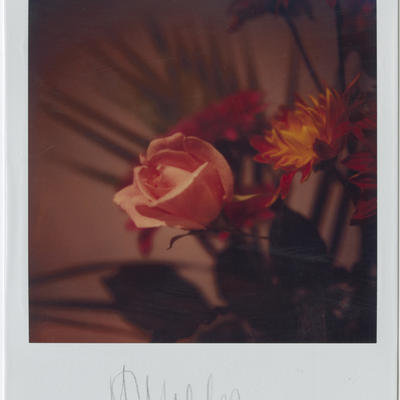 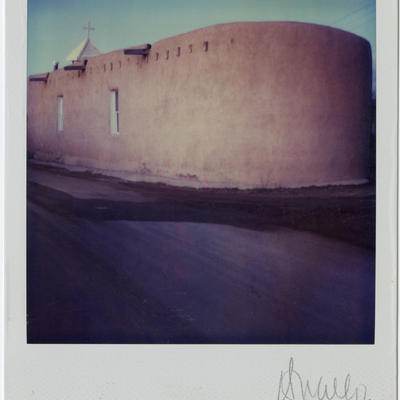 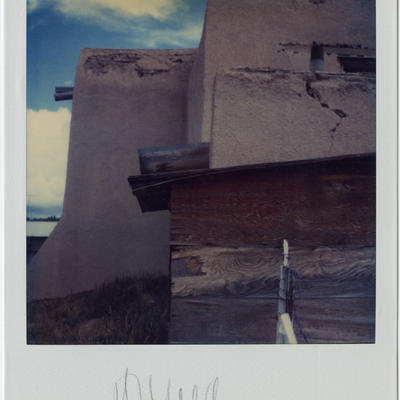 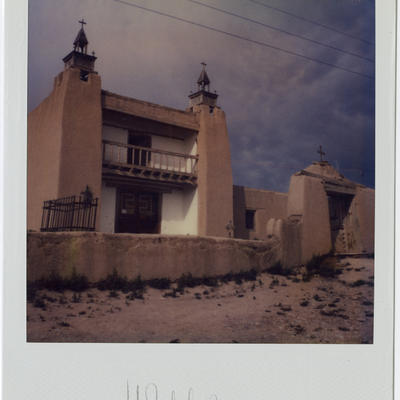 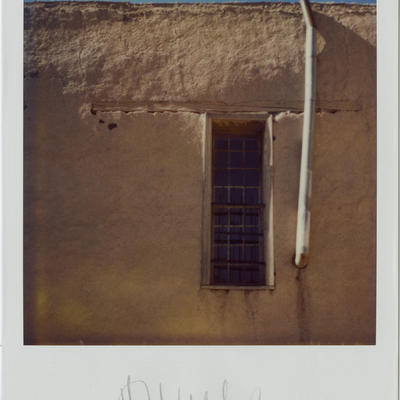 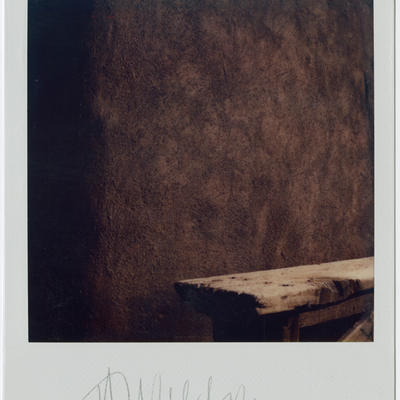