The proud history of the USS New Mexico stands front and center in La Ventana Gallery through May 9, with A Noble Legacy: The USS “New Mexico.” The special exhibition includes a hand-crafted model of the New Mexico (BB-40), a battleship that saw significant action in World War II; items related to the new USS New Mexico (SSN-779), a nuclear submarine; photographs from both ships; and a short documentary by KNME-TV telling BB-40’s dramatic story.

“The sailors who served onboard New Mexico (BB-40) are truly deserving of the recognition this exhibition provides,” said George Perez, commander of SSN-779, who traveled to New Mexico for the exhibit’s opening ceremony. “Their legacy will continue to serve both the state and the nation onboard New Mexico (SSN-779) for decades to come.”

The History Museum’s collections include a 56-piece Tiffany service set, originally commissioned by the state of New Mexico for the BB-40. Several of her pieces have been on display in the museum’s main exhibition, Telling New Mexico: Stories from Then and Now. Each piece was handcrafted to reflect different aspects of the state’s cultural heritage, with engravings that detail events like Coronado’s expedition and a humidor in the shape of Taos Pueblo.

Also on display in Telling New Mexico is a piece of shrapnel from a attack and a diary kept by one of the crewmen.

The battleship, commissioned in 1918, served as a flagship of the U.S. Pacific Fleet and played vital roles during World War II. First sent to Pearl Harbor, the ship was deployed to protect our eastern seaboard in mid-1941, barely missing the attack on the Hawaiian port. In 1945, during the pre-landing bombardment of Luzon, the ship suffered a hit from a kamikaze plane, killing the commanding officer and 29 crewmen. After repairs at Pearl Harbor, the ship sailed to Okinawa for the invasion and, on May 12, was hit by a kamikaze plane and a bomb. The resulting fire killed 54 men and wounded 119; the remaining crewmen continued to fight. On Sept. 2, 1945, the ship and her crew entered Tokyo Bay to witness Japan’s surrender.

Cecil Whitson, an engineer for Sandia National Laboratories, began hand-crafting a 7½-foot model of the ship some years back. Every piece on the model was hand-fabricated by Whitson to scale, including the anchor chain and anti-aircraft guns. The model mimics the ship’s 1944 incarnation. A recent illness stopped his work, but fellow modeling enthusiast and U.S. Navy veteran Keith Liotta recently picked up the charge.

Once completed, the model of BB-40 will be donated to the History Museum.

The SSN-779 was commissioned last year and it carries two of the Tiffany plates from the original ship’s collection, on loan from the History Museum.

“When the Navy named one of its new fast-attack nuclear submarines after New Mexico, it bestowed a great honor upon our state,” said Dick Brown, chairman of the USS New Mexico Commissioning Committee, which worked hard to persuade the Navy to name the submarine for our state. “USS New Mexico (SSN-779) is a tribute to all who served onboard our namesake battleship and is a salute to all New Mexicans who have served, and are serving, in our Armed Forces.”

High-resolution photos: Click on "Go to related images" below. 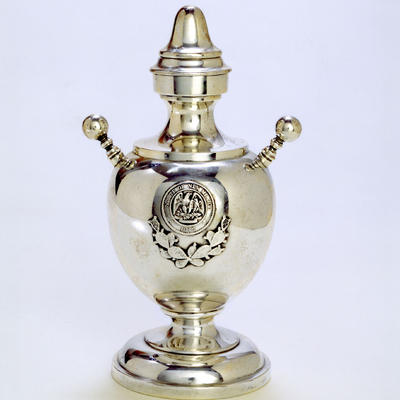 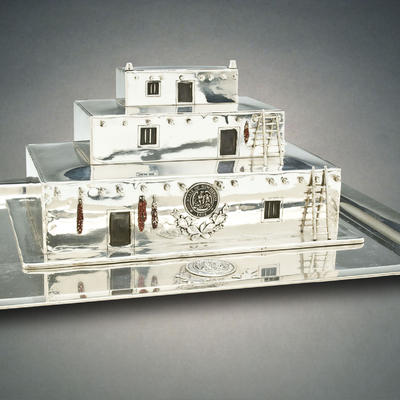 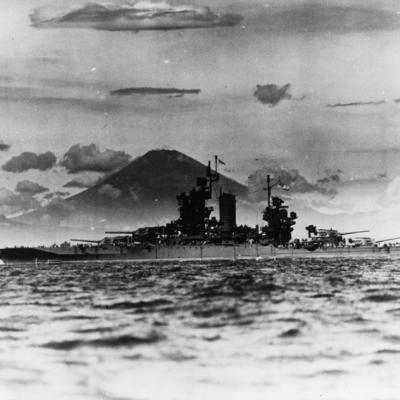 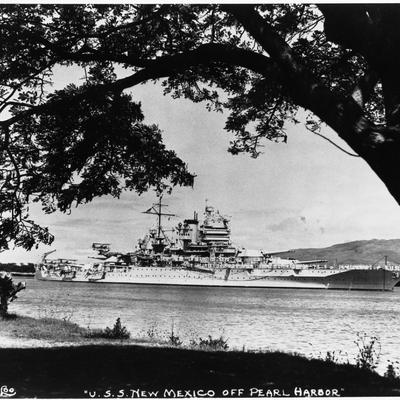