Beginning with his early years working as a research photographer at the Sacramento Peak Solar Observatory in southern New Mexico, photographer Donald Woodman honed his photographic vision first through stars and clouds and then through sandy soil, majestic peaks and his own interior life. Donald Woodman: Transformed by New Mexico explores that journey through a series of photographs on exhibit February 23 through October 12, 2014, in the New Mexico History Museum’s Mezzanine Gallery.

Transformed by New Mexico is one of the commemorations of the History Museum’s fifth anniversary, a yearlong series of exhibits and events celebrating all the museum has accomplished since its opening in May 2009. In 2011, Woodman was the first person to donate his photographs, negatives, books, diaries, equipment, and research material to the Photo Legacy Project at the Palace of the Governors Photo Archives. The Photo Legacy Project aims to collect the work of contemporary photographers to bolster the archives historical holdings of nearly 1 million images.

Donald Woodman: Transformed by New Mexico includes more than a dozen examplesof the Belen-based photographer’s work from the early 1970s to 1998—a period in the artist’s life when he abruptly abandoned the formative but conservative East Coast and committed himself to a new life and vision in New Mexico. The exhibit traces his early photographs, made while studying with his most important mentor, Minor White, at the Massachusetts Institute of Technology. The images continue through scientific explorations at the Sacramento Peak Solar Observatory in Sunspot, NM, examinations of light and landscapes, and intimate selections from The Therapist Series. Each of the images invites the viewer to look deeply at the tones, forms and shapes; to begin to understand the relationship Woodman has with his cameras, his world, and himself as he moves quietly from behind the lens to placing himself in its focus.

Initially unaware of the “Land of Enchantment” except through his studies and readings in the history of photography, Woodman became captivated by the light and landscape of southern New Mexico and the promise of a fulfilling creative life. Besides Minor White, his early photographic influences include: assistant to renowned architectural photographer Ezra Stoller, Alfred Stieglitz’s writings, Edward Weston’s Daybooks, and Ansel Adams’ Zone System. Woodman spent nearly two years studying under White’s intimate guidance and they remained close until White’s death in 1976. Several times in his 1971–73 hand-written diaries, Woodman noted these words from White: “When one is thinking visually there are no words, there are colors, there are forms, there are shapes, there are relationships, there are all things that are visual but there are no words. No Words.”

The exhibit is curated by Mary Anne Redding, photography chair at the Santa Fe University of Art and Design. In an article she wrote about the exhibit for El Palacio magazine, Redding said:

In many ways photographer Donald Woodman is one of the stereotypical free spirits who arrived in New Mexico in a VW van in the early 1970s, searching for a new life unfettered by the conservative conventions and stodginess of the East Coast, to experiment with new-found freedoms involving hallucinatory drugs and liberated sexual exploration. And yet, Woodman’s long personal aesthetic trajectory, which continues today, is uniquely his own.

After leaving Sunspot, Woodman became a personal assistant to legendary painter Agnes Martin in Galisteo, NM. Based on that experience, he is now working on a book, Agnes Martin and Me. In 1985 he met artist Judy Chicago. The two married that year and have been collaborators in life and art ever since. His photographs have been collected by some of the world’s most venerable institutions, including London’s Victoria and Albert Museum, Switzerland’s Museum of Art and History, the New Orleans Museum of Art, and Ohio’s Butler Art Institute.

Need photos? Click on "Go to related images" at the bottom of this page. 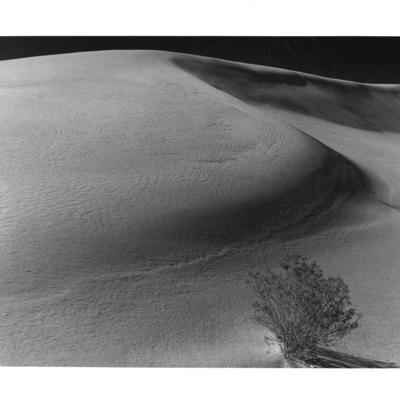 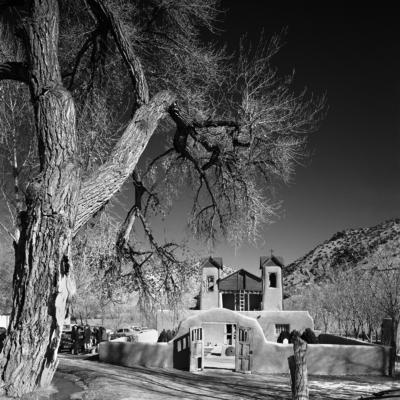 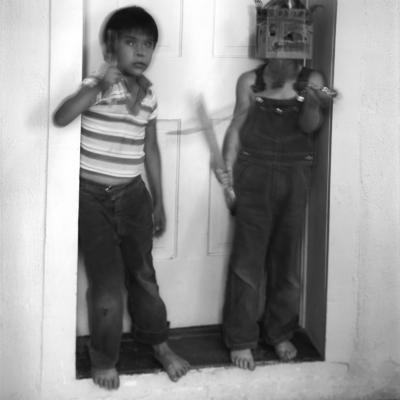 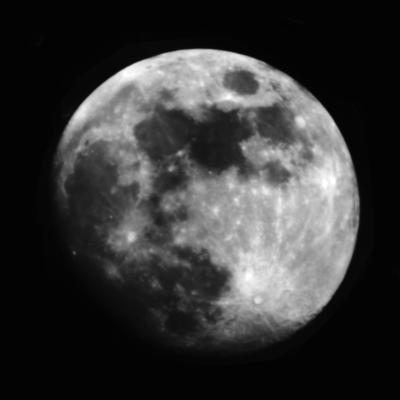